Stuart Baron, a humble Los Angeles trucking executive, endures a near-death experience. He moves his family from an affluent suburb to an Alabama catfish farm with hopes of quenching a mid-life crisis. Together with Tabitha, his spell-binding wife, and Winchester, his precocious five-year-old son, he rewrites Murphy’s Law of Catfish Farming. Their adaption to the Deep South and the ensuing culture shock is overshadowed by a daunting legacy involving a Mexican drug cartel. In the climactic finale, the Baron family, a quirky DEA agent, and a colorful cast of good ol' boys make for a powerful romp of old-fashioned justice in the backwoods of west Alabama. 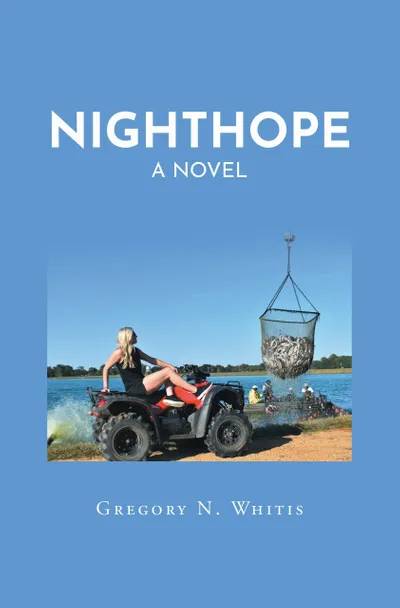 Stuart Baron's bright quest for the good life dimmed again as he gazed through his windshield. He was parked on the middle lane on the Santa Ana Freeway. For the third day in a row, the daily commute made it absurdly clear: he couldn’t go on living like this. At this rate, he calculated, he'd spend three years of his life watching one cluster after another, between two dashed white lines, staring at the towering skyline of Los Angeles. Making it worse, he could barely make out his corner office on the thirtieth floor of the US Bank Tower, two miles away, in the lifting brown smog. He could get there quicker running in his Nikes, but he'd probably get robbed, assaulted, or killed. Inhaling the damned smog would probably shorten his life span another three years.

Getting a tattoo. Buying a Harley. Spending too much money on tech gadgets. Going on an extravagant vacation around the world. These are all actions we typically associate with a man at the height of a mid-life crisis. Notably missing is a burning desire to move away from the urban center of Los Angeles to buy a catfish farm, sight unseen, in the backwoods of Alabama. At least, that’s the case for most people. Stuart Baron is not most people, and his story is not typical of wealthy business owners who live and work in L.A.... Nighthope, a novel by Gregory N. Whitis, tells the story of Stuart Baron, a family man and co-owner of a successful freight trucking business who decides to leave the dangerous streets of L.A. to move to Alabama. After surviving a near-death experience, stopping an armed burglar in his tracks, and accidentally stumbling across piles of cash left behind by drug runners, Stuart decides it’s time to pack up his family and head to the deep south. Together with his spell-binding wife and six-year-old adopted son, Stuart pursues the mother of all mid-life crises of being a catfish farmer in Alabama, a state so enthusiastic about guns that even the pastors are packing heat. Stuart is fueled by a desire to live a slower pace of life and raise his son in a safer environment. Yet, he fails to realize that he is being hunted by a Mexican drug cartel, who have figured out what happened to their money. As a result, he unknowingly brings his family into the center of dealing with a dangerous cartel, in which they are in a race against time. As they transition from the deadly streets of L.A. to the quiet countryside in Alabama, Stuart takes his family from one adventure to another in this hilariously spellbinding story of love, friendship, family, and dedication. From page one, the reader is hooked on every word as the novel seamlessly moves forward to the thrilling climax in which the worlds of the DEA, cartels, and the Nighthope catfish farm collide. The novel fully captures the feel and culture of its setting in the 1990s, from sexual tensions in the workplace to the complicated and dangerous racial conflicts of the deep south. It is, in many ways, a timeless story that is as accurate today as if it had actually happened 30 years ago.
Kate Williams, Ph.D.
CEO, People First Content

Nighthope was a fun read. I didn’t want it to end. I whooped, hollered and laughed out loud. I laughed at the language; I laughed at the situations; I laughed until I couldn’t catch my breath. And what an exciting cast of characters! Looking forward to reading his debut novel, Blue Green.

Like Whitis' debut novel, Blue Green, the protagonist in NIghthope is again a fish out of water but this time from L.A. Out running to relieve some stress, he finds a stash of Mexican cartel money and buys a catfish farm in Alabama's Black Belt. The Mexican drug lord wants it back and sends his worst, El Diablo. NIghthope is part instruction manual on raising catfish, part comedy of errors, and part action novel. It has energy. The plot moves and I for one don't mind learning about catfish farming.

I just finished Nighthope, Greg Whitis' second novel based on life in west Alabama. Few would consider me to be a noted critic of American literature, but I know a great novel when I read it. Greg may end up in the category of Steinbeck, Conrad, or even Hemingway. For a decade I lived 20 miles from the "fictional" Nighthope farm. Greg paints a vivid picture of west Alabama, warts and all, while weaving a riveting tale of catfish farming, American industry, and Mexican drug cartels. A very good read, even if you've never heard of catfish farming. I can hardly wait for his next novel.

Nighthope is a wonderful and powerful story of luck providing a way out of the rat race of southern California. A man's mid-life crisis results in a move to a catfish farm in west Alabama. Whitis doesn't disappoint with vivid scenery, fascinating characters, humorous laugh out loud situations, and an accurate description of life in the South. Exciting action-based scenes stemming from past issues with a Mexican drug cartel provide heart pounding thrills. Five stars for this one. It will remind you why you love to read.

Greg is an excellent story teller with such details to set up a story that you wonder how much of this is fact and how much is fiction. Lots of action and humor to last; loved the bit about the Twinkies! I enjoyed reading this and am anxious for Greg's next novel. Greg, get to running and sprout some more epiphanies!

How could any writer mix a botched drug deal, a closet of cash, life on a catfish farm, and modern-day social weirdness into a suspense thriller? Greg Whitis, drawing on his experience in catfish farming, law enforcement and other interests, put it all together in his new novel that unfolds in the Alabama Black Belt. It’s a catfish jambalaya that you will enjoy.